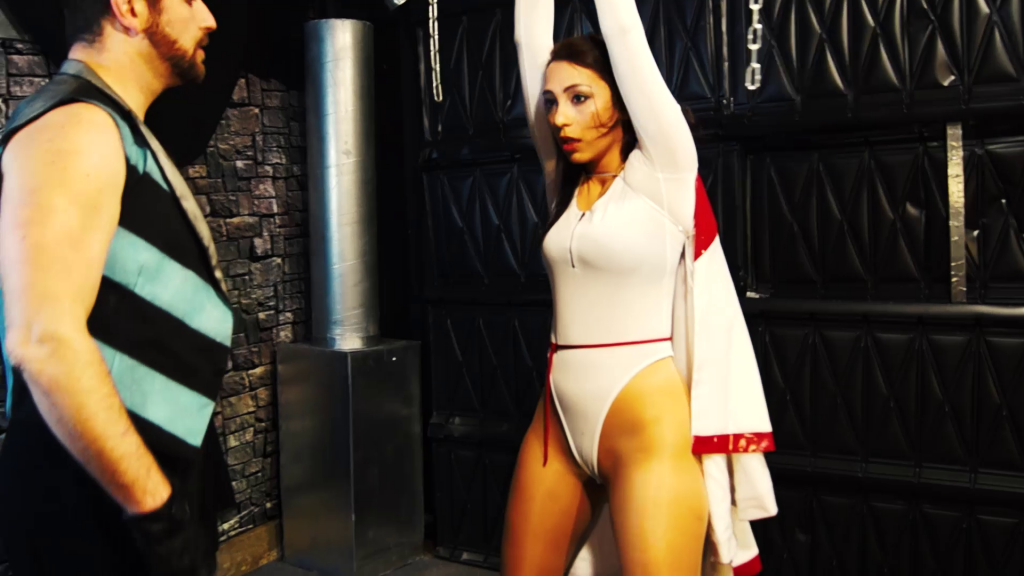 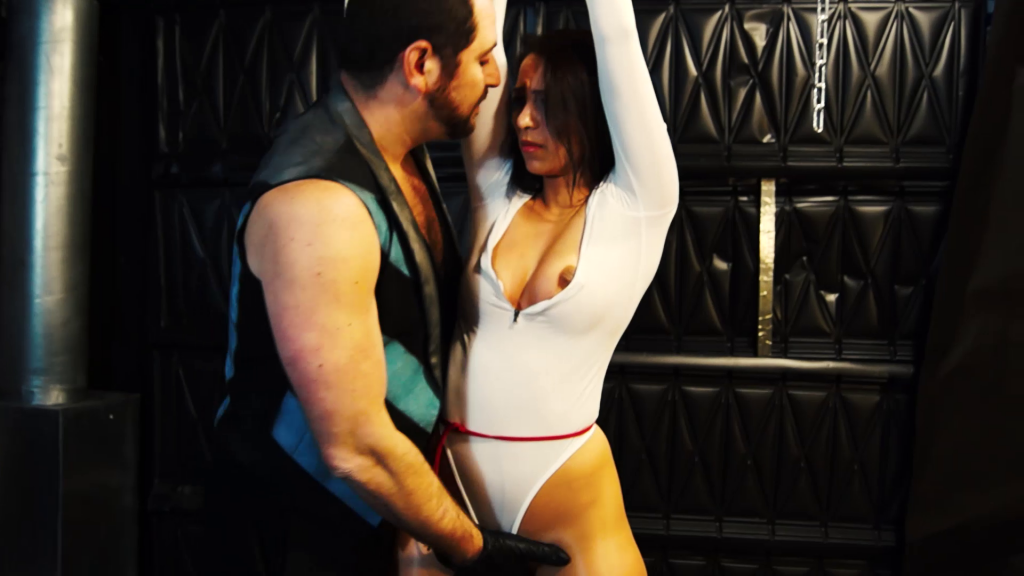 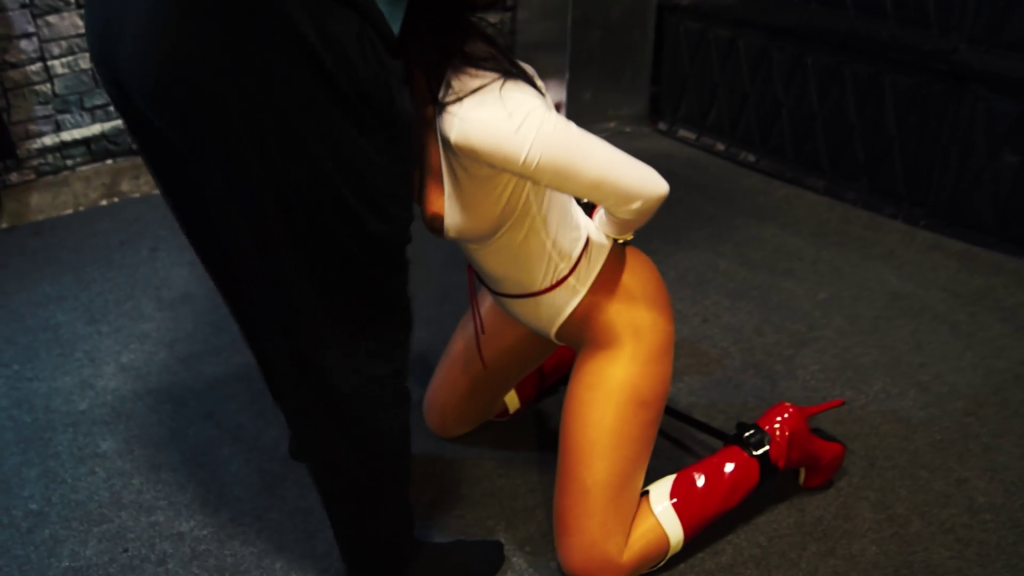 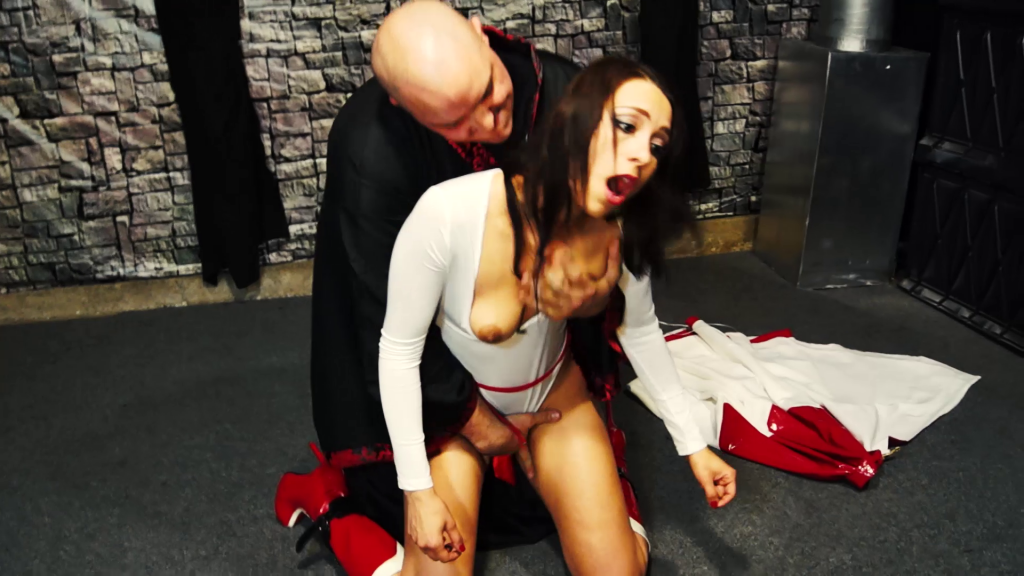 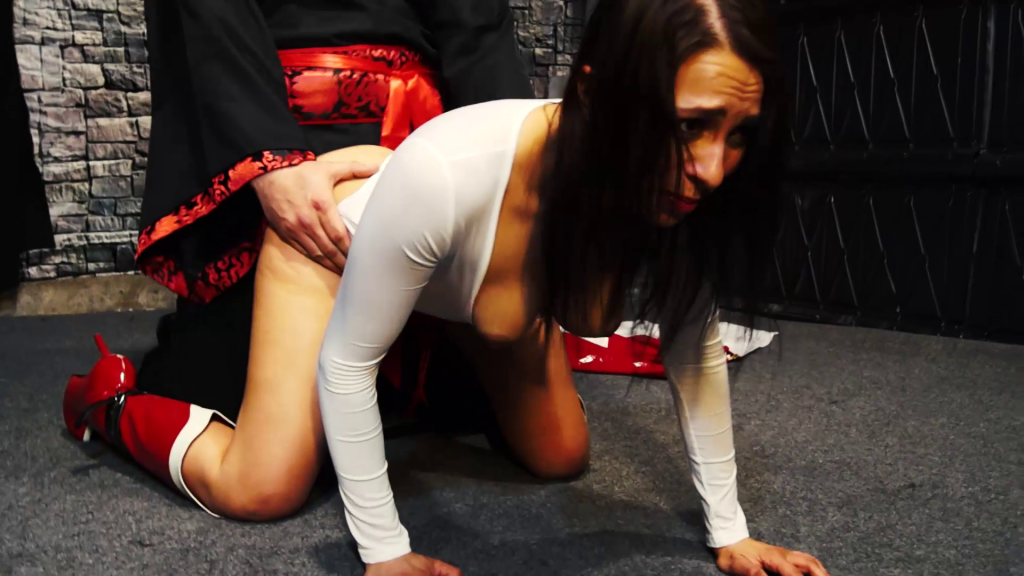 Scarlet faces off against The Dark Queen and her associate, Quake. While Scarlet is clearly stronger than both of these villains, when the Queen pulls out some red Kryptonite, it’s over for Scarlet. Quake lands a few low blows then scoops her up into a bearhug. Scarlet can barely breath when he slams her down into a back breaker. The Queen takes her turn as well, and knocks Scarlet out.
Meanwhile, Scarlet’s boyfriend, Cyclone has been captured as well. As Scarlet is strung up AOH style, the villains work to play the 2 heroes against each other. They threaten to kill Cyclone unless Scarlet lets Quake have his way with her. She gives in and he forces her to orgasm. Then he shoves her to her knees and fucks her face.