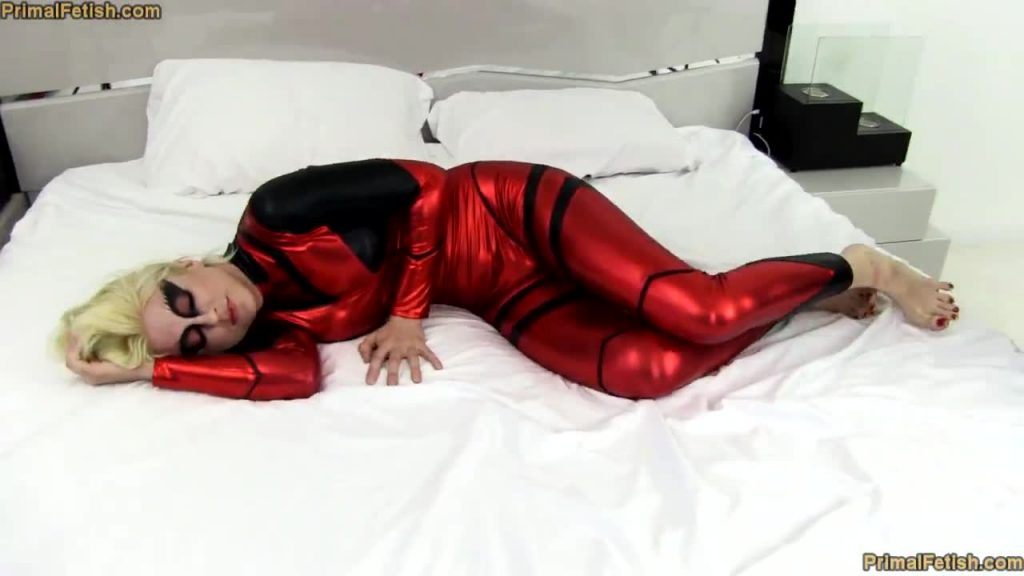 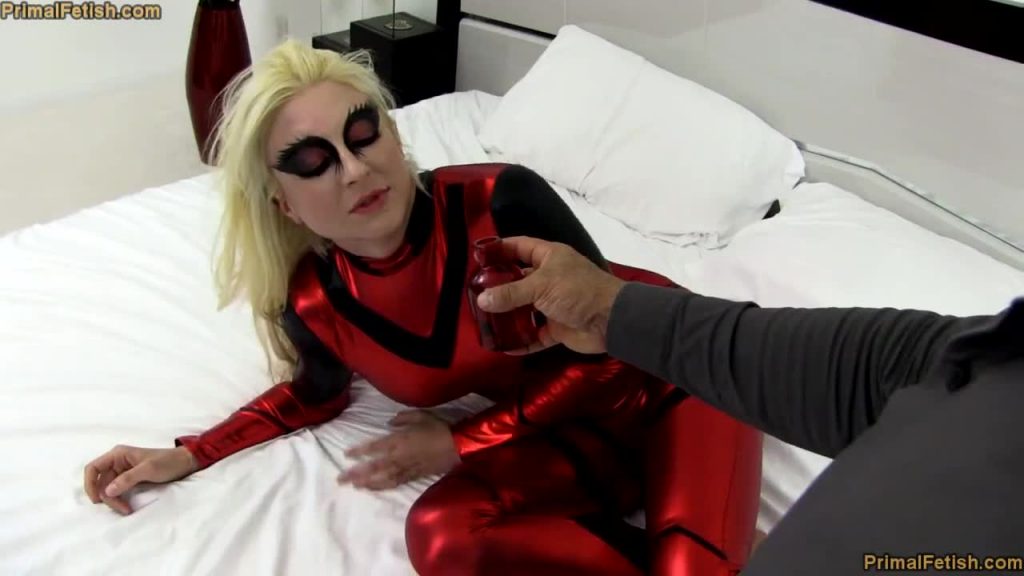 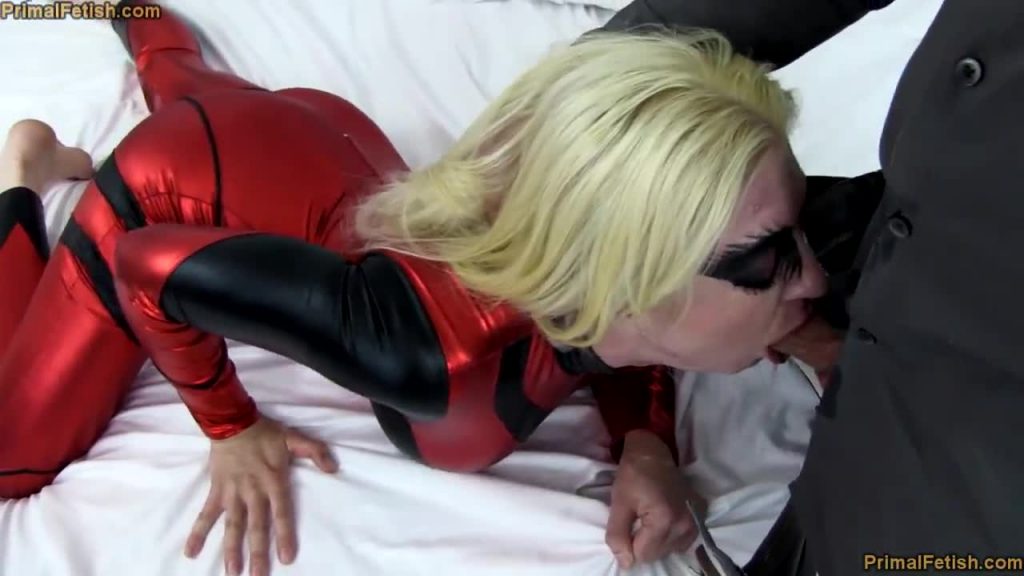 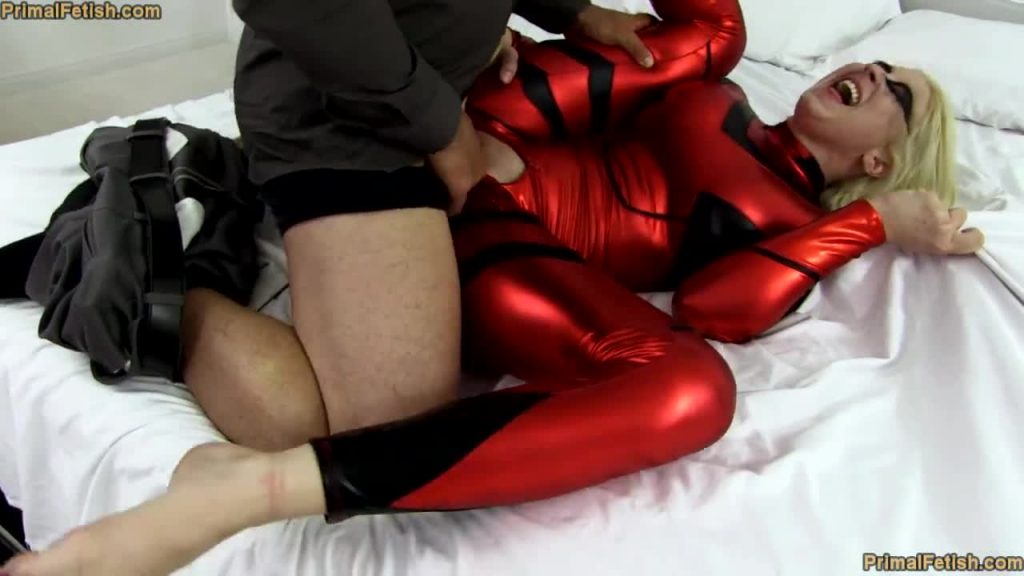 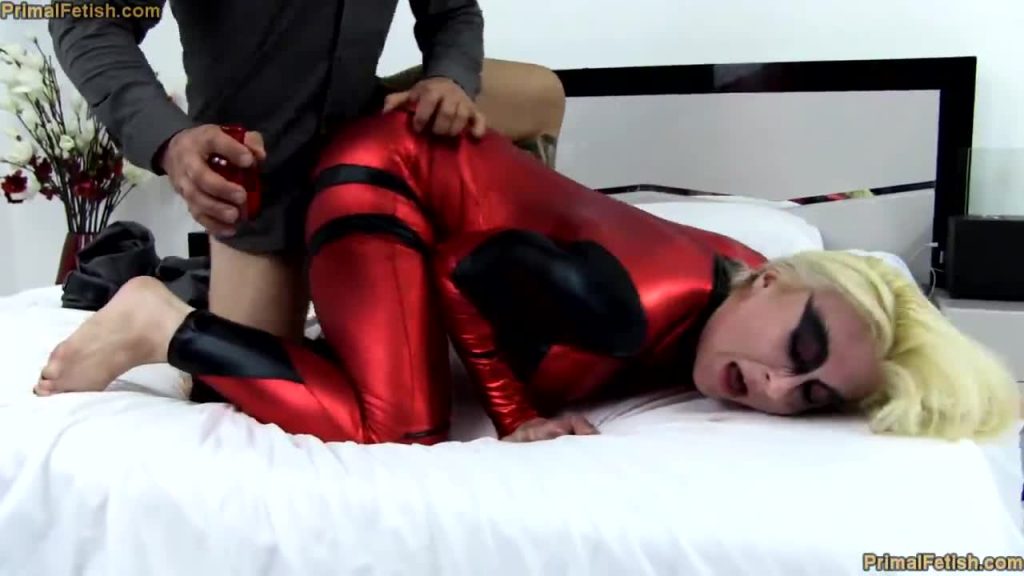 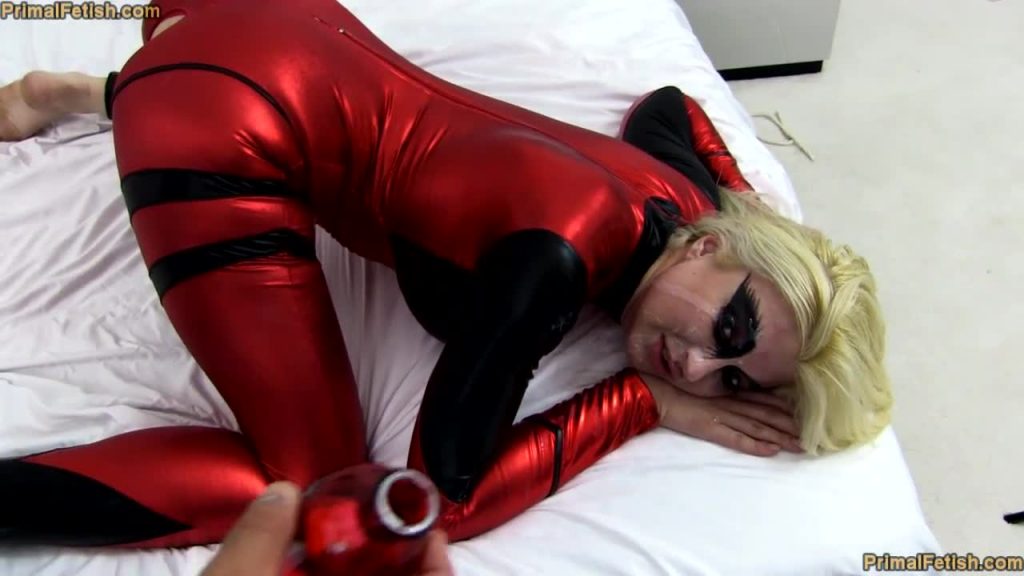 Red Raptor is as tough as she is cocky. She has come to a tucked away restaurant she knows is owned by Mr. Grigio, the mob boss she suspects is linked to the disappearances of Night Raven and Black Wasp.

She easily takes down Grigio’s henchman with her super speed and strength. But when Grigio shows, her cockiness gets the better of her. While Red Raptor is distracted, Grigio’s henchwomen grab the superheroine’s wrists with powerful electric poles. Though she tries to fight it, the current is more than Red Raptor can handle.

Now under the effects of Grigio’s special formula, Red Raptor awakes with a powerful craving that makes her whole body writhe and ache. Grigio is standing over her holding a fresh bottle. Though she wants a sip with every fiber of her being, Grigio is not going to give it to her for free. With every nerve on fire, yearning for another taste, Red Raptor gives in, sucking his cock until he fills her mouth, and he gives her more formula.

Unfortunately for the superheroine, the more she consumes the formula, the worse her withdrawals get. She is utterly desperate for another taste, even if it means letting Grigio have his way with her. He fucks her as she begs for more of the special liquid, breaking the last bit of fighting spirit the once powerful fighter had remaining. He strips her of everything from her costume to her dignity as she becomes just another one of his addicted superheroine sluts.