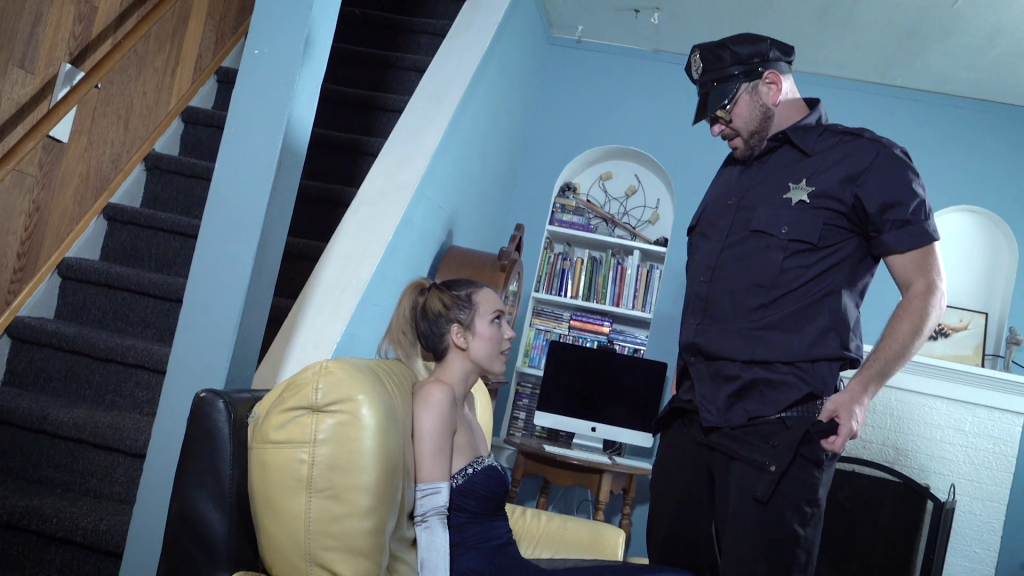 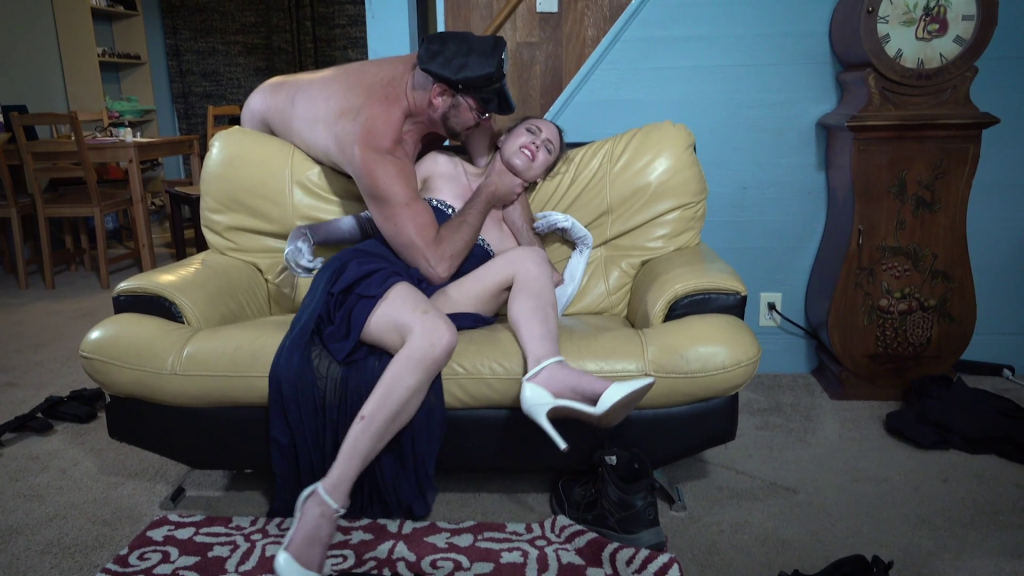 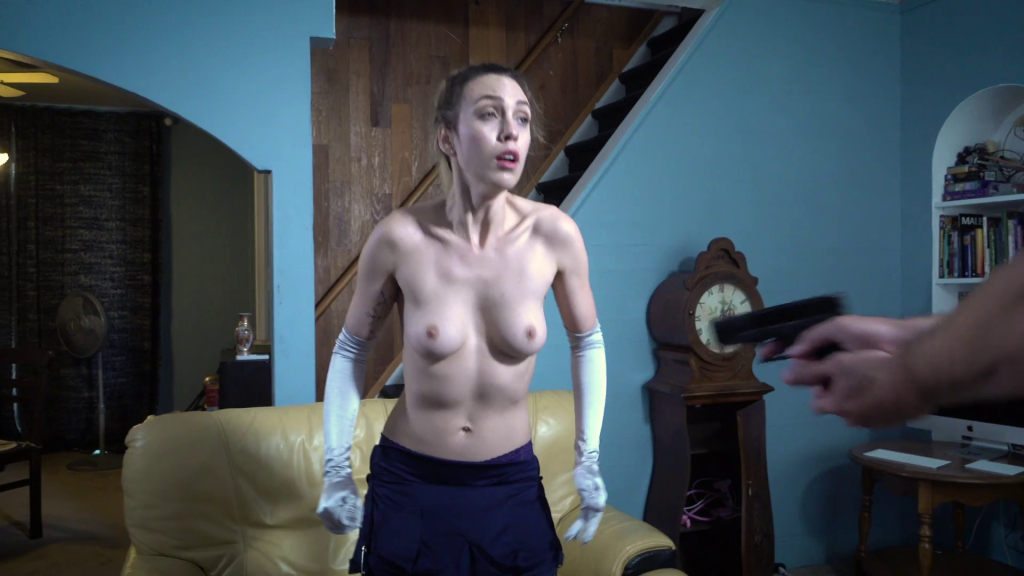 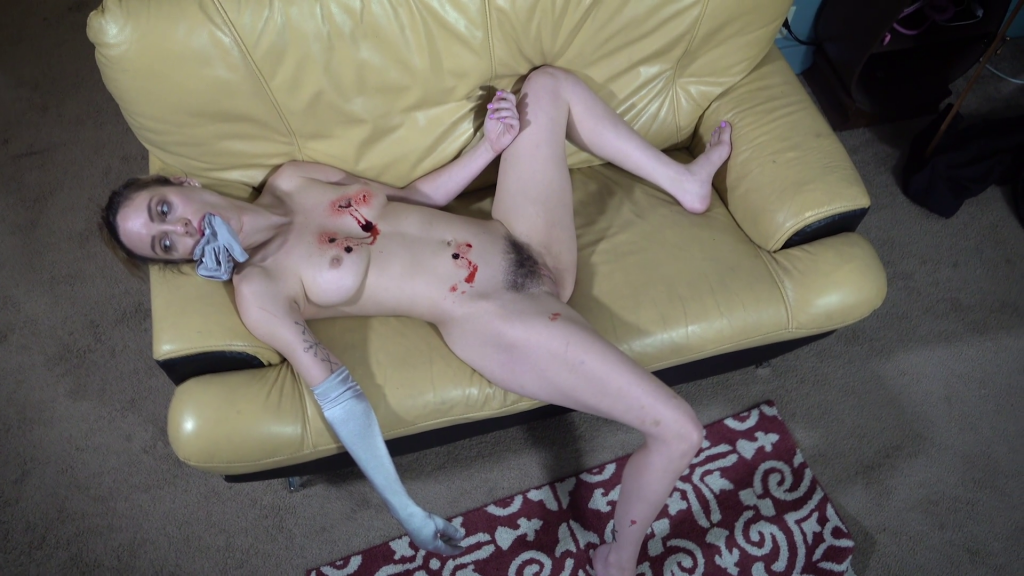 She reclines on the couch, reflecting on her recent “financial windfall”. Jade smugly ponders what to do with all her ill-gotten money. She orders a male stripper on her phone, a recent vice she’s picked up. Jade likes making the desperate men dance for her and she has no problem convincing them to do a little “extra”.

Rock arrives promptly in the requisite hot cop uniform. He gently pushes Jade to the sofa and begins his dance routine. Jade eggs him on as Rock twerks and struts. He rips off his police uniform and brings his naked body close to Jade. She’s excited for what she thinks is about to happen…

Surprise! Rock is actually an assassin sent here by the business partner she screwed over to get her money. He strangles Jade on the couch. She passes out from lack of blood to the brain and Rock mistakes her for dead. He fondles Jade’s nice titties and lets his guard down.